Host of television’s Facts of Fishing® THE SHOW and the Facts of Fishing® Tip Series he spends over 250 days a year fishing for just about anything that swims. When he’s not on the water, it seems like there is nothing that he won’t do to promote the sport of fishing and his passion for it. I mean, we’re talking about a guy who has eaten worms, minnows and even plastic lures on national television just to see how they tasted for a fish! He threw the first “CAST” ever in major league baseball history and has even jammed a hook into his hand just to show anglers how to get it out.

His addictive energy and comedic presence has garnered a cult-like following of fishing fans young and old, affectionately referred to as The Mercenaries and has made him one of today’s most sought-after seminar speakers. His signature blend of edutainment has had audiences rolling in the aisles while teaching them how to catch more and bigger fish than they ever imagined. He’s got a hit weekly television show, he originated the one-minute fishing tip, has an unparalleled online and social media presence in the outdoor industry, has a record selling DVD series, and he even has a book coming out! But how did it all begin? For that story, keep reading below for Dave’s full bio which kind of makes him sound like Huckleberry Finn or maybe Opie from the Andy Griffith Show. 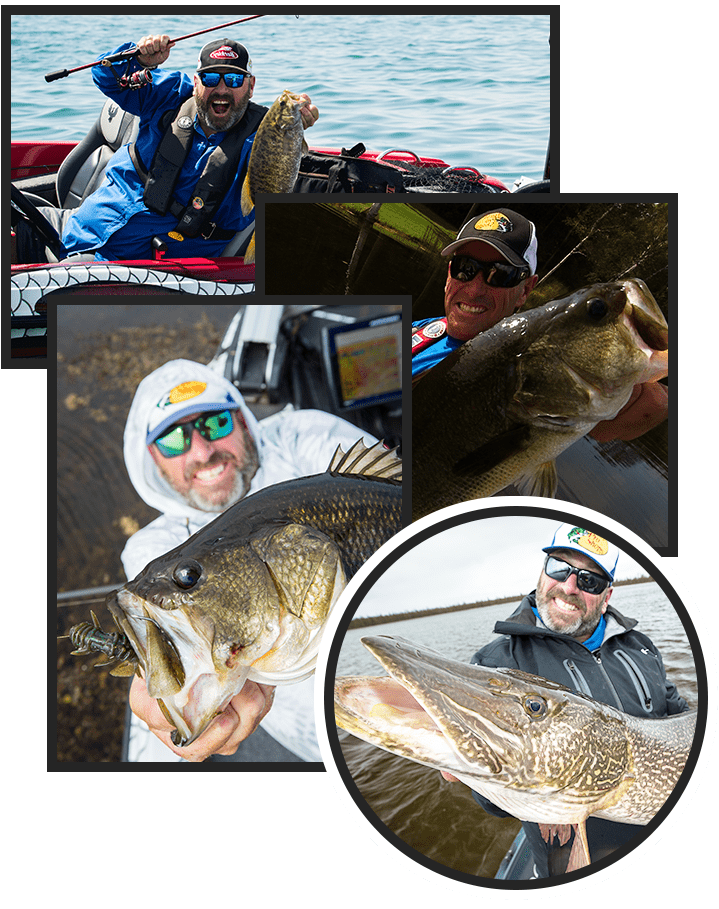 Whether he is alone on the lake searching for early season walleye, shooting his television show or emceeing the Bassmaster Elite Series & Bassmaster Classic, it is not hard to see what Dave Mercer was meant to do – that is fish and share his love and passion for the sport with others.

His love for fishing and the outdoors started as far back as he can remember. His first memories of fishing include those special moments spent fishing with his father and brother; a strong message that he still shares today with anglers across Canada.

The past time that his father introduced to him soon grew. What was just fun for most became a passion for Dave. There was not a day that passed that he did not go fishing or think of fishing. Many of his teachers would laugh when they asked Dave what he wanted to do when he grew up. He would simply reply, “Fish!” To Dave it was simple. He knew what he wanted to do. He just had to figure out how he would go about doing it.

At age 13, it had seemed easy. He entered his first tournament and ended up winning $400.00. After this, there was no stopping Dave. He figured if he could make more money in one tournament than most of his friends made all summer, then all he would have to do is fish more tournaments. This worked out for a while until he found out there were many good anglers out there that were willing to work just as hard as him. He would have to do more than just fish tournaments. That is when he started I.T.D. – Innovative Tackle Design. At age 15, he certainly got a lot of strange looks from tackle store owners when he tried to sell them his lure, The Hawg Craw. With persistence it worked and they bought it, although there was still something missing. He wanted to share his love for the sport that consumed him. So, at age 17, Dave started writing a weekly column for the local newspaper. He loved being able to share with fellow anglers his discoveries, adventures and tips on the water. This kept Dave happy for a while. 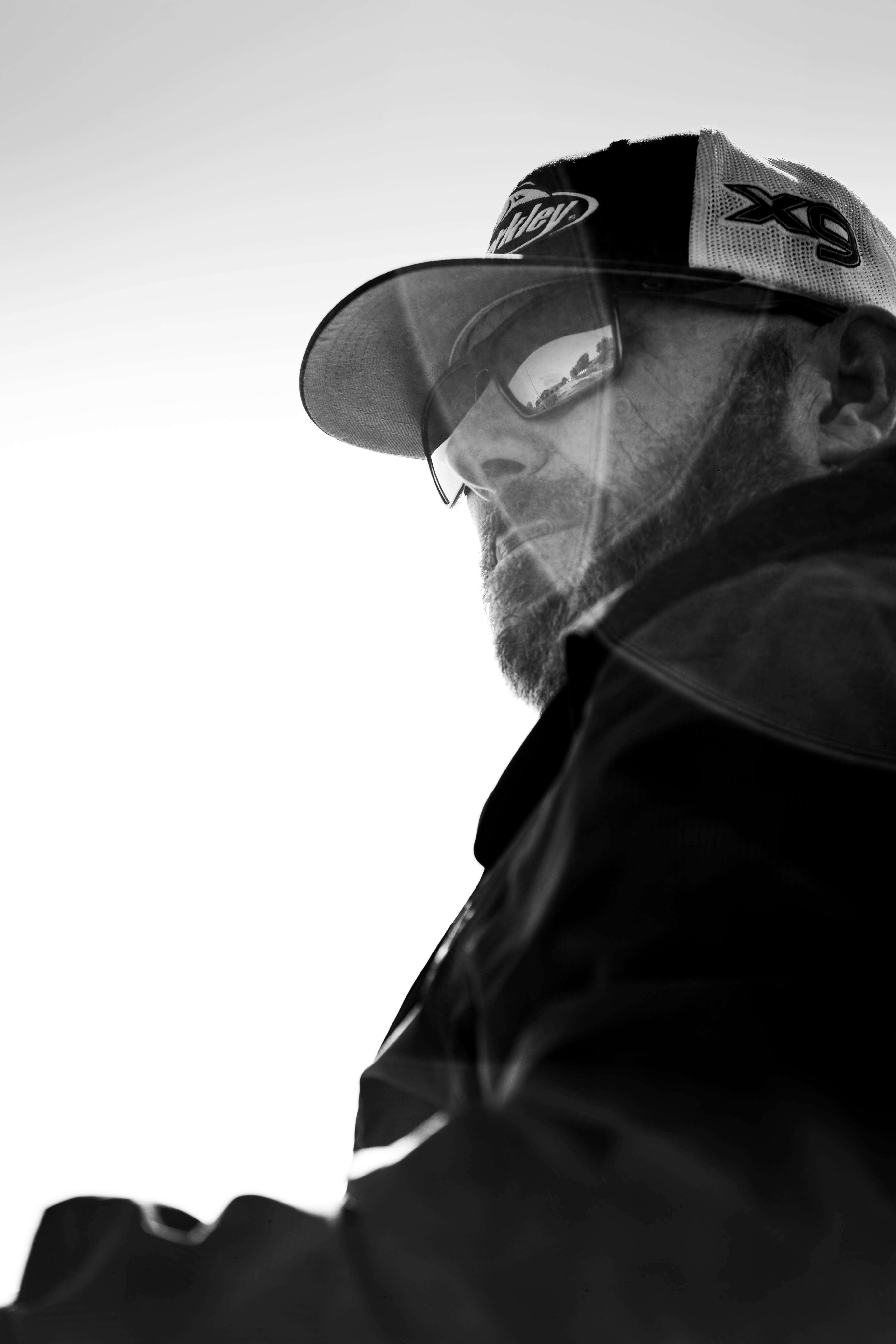 At the age of 19, he found himself done school and if he was really going to fish full time, he had to start making some real money. He picked up all his gear, loaded a truck and hooked up his boat. That summer he entered every tournament he could. He spent the days fishing and slept in his truck at night. This all went well, however, in the late fall Dave realized in Canada you cannot fish all year. So he had to find an off-season job that would accommodate his passion in the summer. Most of these jobs had something to do with fishing. Then it happened…

At 21 years old, Dave approached a small but growing TV station, The New VR, with a concept. He did not want to host a fishing show. He wanted to do something different, something bigger. He wanted to share his passion with more than just the average angler. He wanted to get more people fishing and help people enjoy the sport he loved so much. That is when Dave Mercer’s 60 Second Fishing Reel was born. This was a fast-paced, fun and energetic series of fishing tips that aired once weekly to all levels of anglers from beginner to pro. Every week over 88,000 people tuned in to see what Dave would do next. Dave had finally found a way to express his passion and love for fishing to the masses. He quickly found what made him different from all the other TV anglers. It was his sense of humour and the crazy, fun things he would do that no one else would. 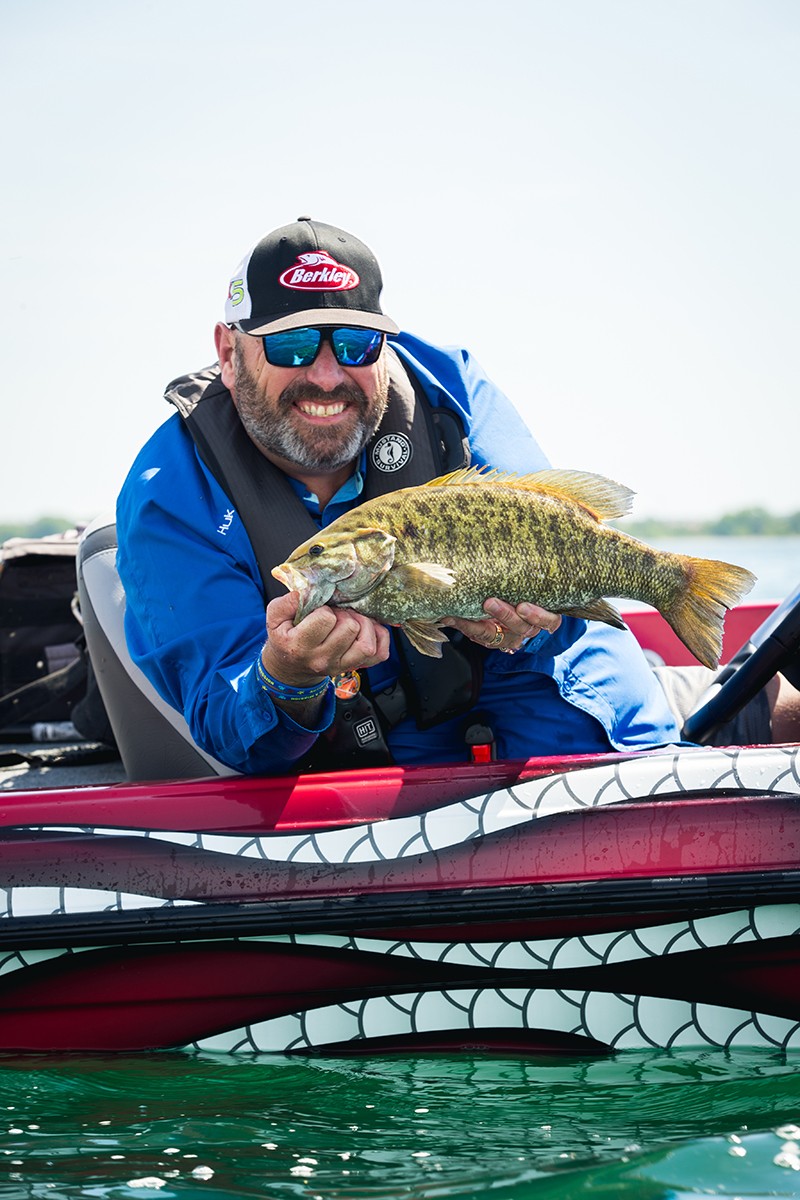 In an effort to spread his message to an even larger audience, Dave moved his show to the nationally broadcast Outdoor Life Network. During this move Dave changed the name of his show to Dave Mercer’s Facts of Fishing. His tips were now being seen over 250 times a week in every city across Canada. Dave continued his fun, outrageous and joking approach to fishing while still giving helpful tips to today’s anglers.

Dave continued to host the Facts of Fishing tip series on the Outdoor Life Network, and was also featured on The Weather Network and Wild TV and it seems he had found his niche. He also has grown his company to include a series of Facts of Fishing seminars that he loves because he actually gets to meet his viewers and spend one-on-one time with fellow anglers. 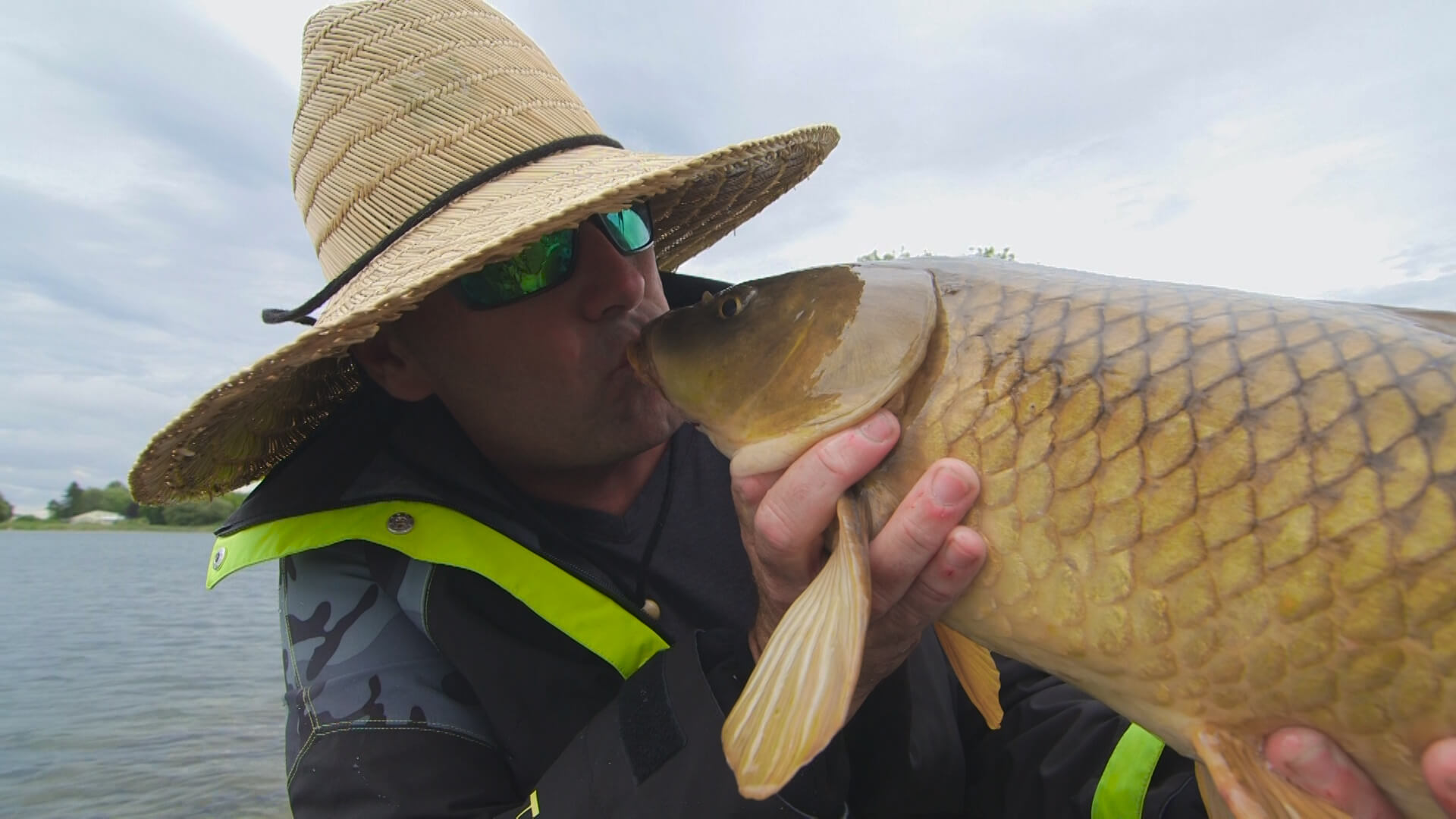 On May 24th, 2005 Dave added another level to his company by launching The Facts of Fishing DVD Series Volume 1 exclusively at Bass Pro Shops. This was the start of record-breaking sales for his DVD Series and has since then, created crazier, wackier content with volumes 2, 3 and 4.

In this same year, Dave also started something that is still very near and dear to his heart. He created a charity called Dave Mercer’s Casting for a Cure to benefit the Canadian Cancer Society. For further information on Casting for a Cure, please click here. 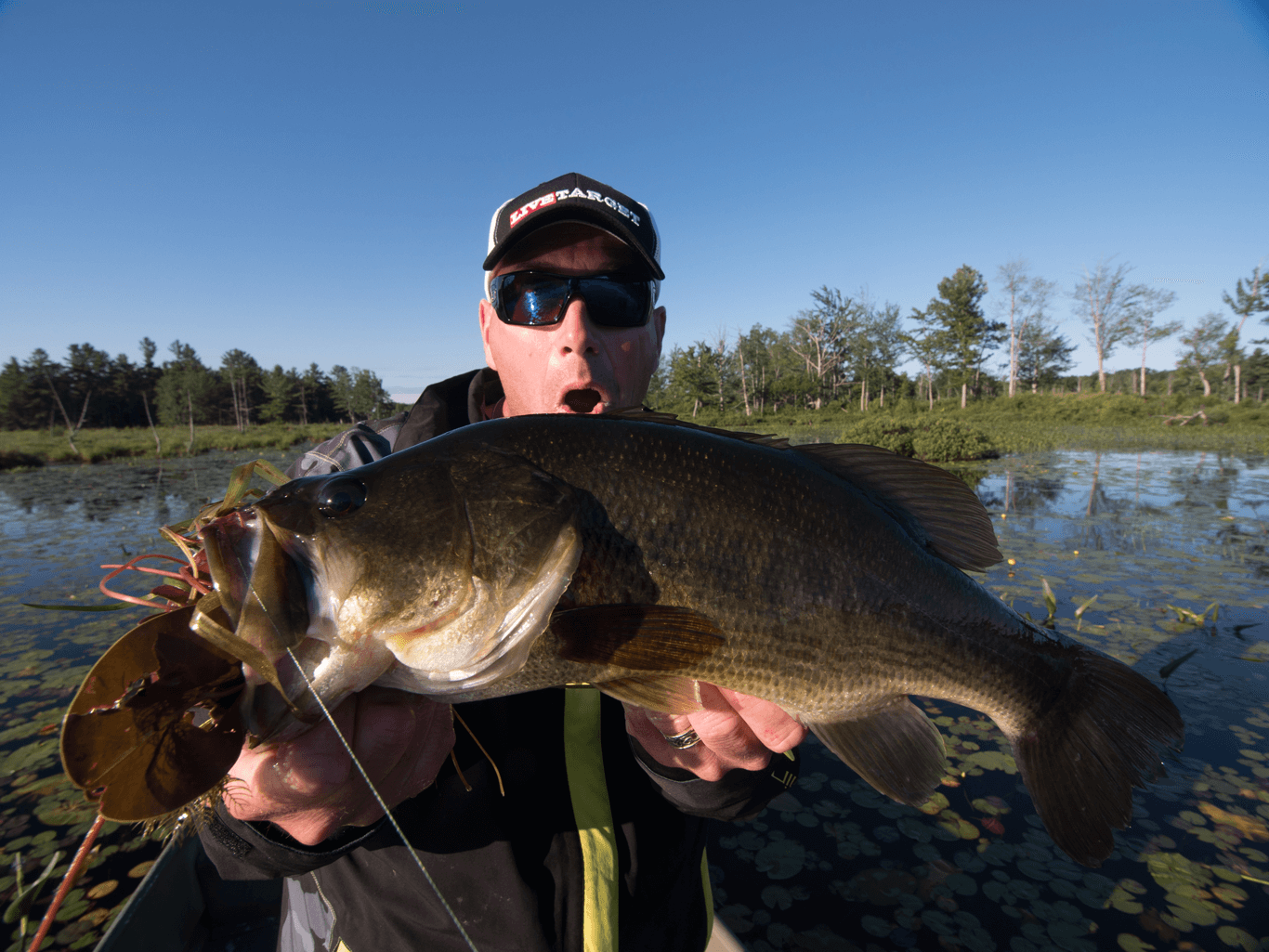 Dave enjoys working and fishing for a living. He enjoys producing The Facts of Fishing Tip Series and The Facts of Fishing DVD Series. He enjoys speaking at seminars all across Canada and the U.S.A. and fishing competitively in charity tournaments every season. However, Dave, once again, started to get restless. He wanted to do more. On July 17th, 2007 Dave announced his brand new, much anticipated, half-hour show called Dave Mercer’s Facts of Fishing THE SHOW. Dave took his fun, energetic, fast-paced form of edutainment and created an extended version of the show his fans have grown to love. 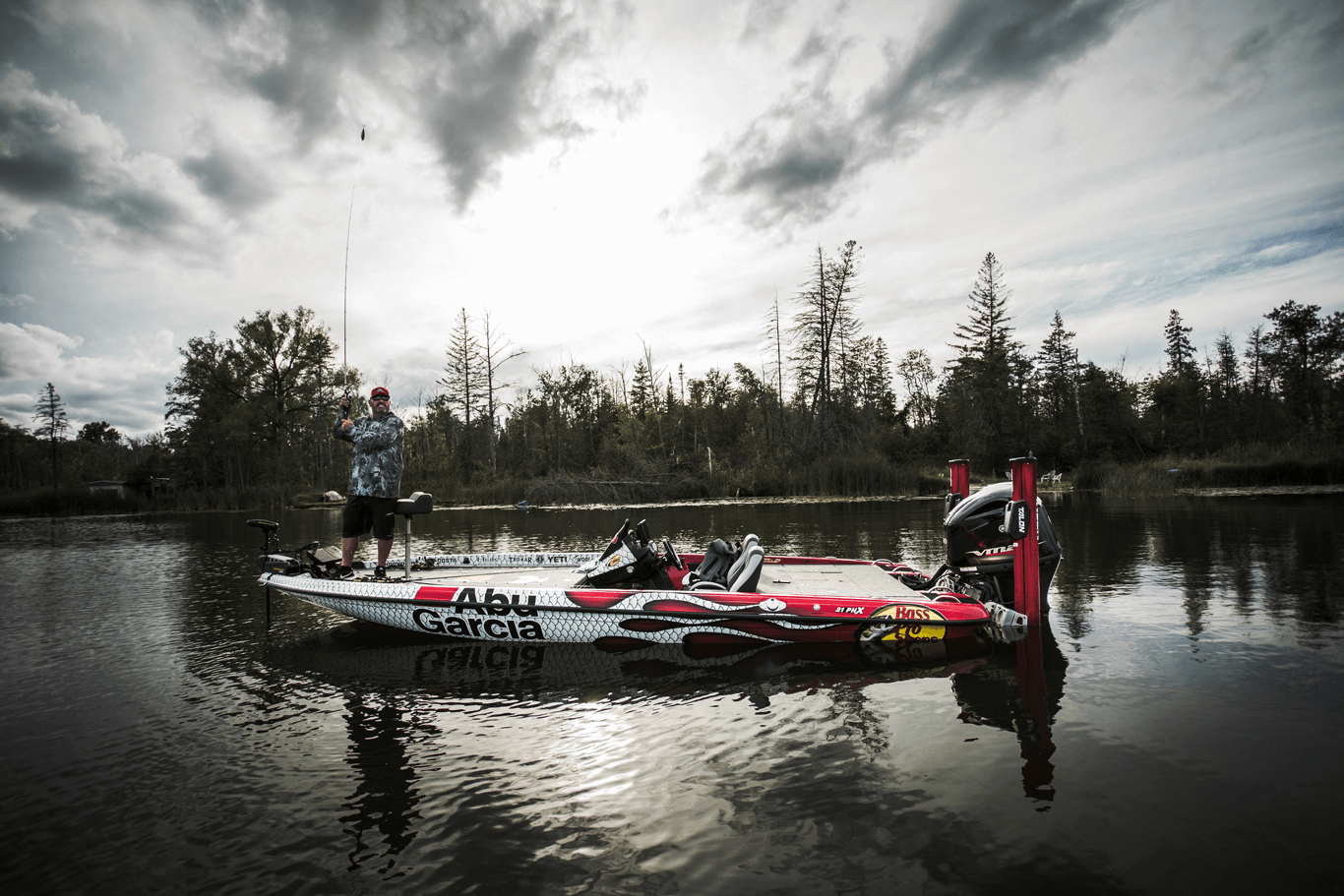 Dave continues to break the mold in the industry. On January 19th, 2017 the outdoor lifestyle industry’s best producers, talents and productions gathered at the Venetian Theatre for the 17th Annual Outdoor Sportsman Awards. The OSA are widely regarded as the highest honour in Outdoor Television. Facts of Fishing received 3 nominations – an amazing accomplishment in itself. But the honours didn’t stop there for Dave and the Facts of Fishing crew. Winning the coveted Outdoor Sportsman Award (The Golden Moose) for Best Videography, Facts of Fishing became the first fishing show in history to EVER win the Outdoor Sportsman Award for Best Videography! In February of 2018 at the Spring Fishing and Boat Show, it was a great start to the year for Dave when he was inducted into the Canadian Sportfishing Hall of Fame – an honour that he shares with many of great industry leaders and anglers. Dave’s passion for the sport of fishing continues to grow as he continues to share his love of all things that swim through television, social media and on stage. 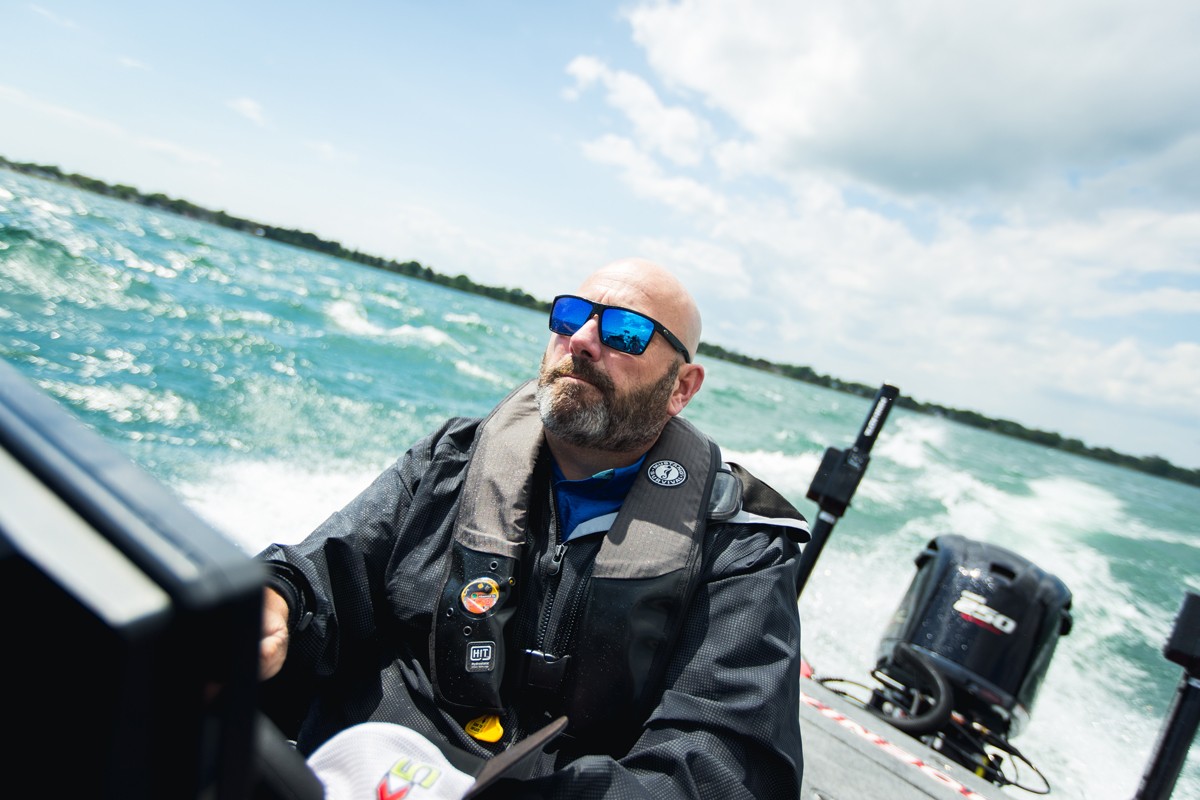